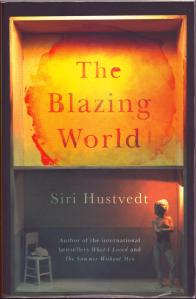 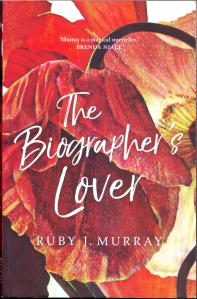 The place of art in Western culture, along with the role of its makers, is changing. What once partook of the sacred, or at least gestured in its direction, is now no more than bourgeois entertainment. And ever since postmodernism (+ marketing) broadened art’s definition, painting (like etching, sketching etc.) has grown ever more anachronistic – a quaintly dated response to 21st-century existence. Yet even as the institution of art transforms beyond recognition, gender inequality persists (if less so for painters than, say, filmmakers). And this issue lies at the heart of some fine, recent fiction about female visual artists.

As a young art student living in a garret, I used to borrow art monographs from the library, and each life story gave the colour plates an extra dimension. Yet fiction based on the lives of famous artists, however famous the author (Somerset Maugham, Patrick White etc.), didn’t excite me. Not so, fiction based on other historical figures, and the more heretical, the better – Michèle Roberts’s The Wild Girl (1984), the Gospel according to Mary Magdalene, is still a revelation today. But the artists I loved worked miracles I’d witnessed with my own eyes, and the unadorned hard facts of their lives inspired me.

A fictional biography is quite a different beast. Compared to a novel about a subject with a true history, a mock-documentation of a subject who never existed would seem to offer limitless possibility – which Virginia Woolf inventively fulfilled, spanning generations in Orlando (1928), a gender-bending tribute to her lover, Vita Sackville-West. Novelists who’ve done the genre justice this century include Siri Hustvedt and Ruby J Murray. Yet, as fictive biographies of made-up dead female artists, Hustvedt’s The Blazing World (2014) and Murray’s The Biographer’s Lover (2018) could hardly be farther apart.

For starters, Hustvedt’s subject, Harriet Burden, makes her mark on the New York art world while hiding behind the identities of three different men, then lives long enough to see her work acclaimed, but not as hers. Worlds away, Murray’s earthier subject withdraws to paint in suburban obscurity after sustained exclusion from the male-dominated Oz art scene; Edna Cranmer finds fame under her own name but only after her death. A wealthy, well-read urbanite, Burden creates deeply personal conceptual multimedia installations, a far cry from Cranmer, a realist tackling broad social themes on large canvases.

And it’s not just Hustvedt’s and Murray’s subjects that contrast so starkly. These authors – one an eminent feminist academic, the other an early-career novelist and journalist – employ very different forms. While Burden’s biographer keeps a low profile in The Blazing World, Cranmer’s biographer is central; her actions drive the plot of The Biographer’s Lover. Hustvedt constructs The Blazing World as a multi-authored portrait, including a couple of interviews, introduced and footnoted by a genderless editor; Murray gives us all the pleasures of a conventional novel, with chapters about her unnamed, unknown biographer’s journey – from loose idea to major publication – alternating with shorter chapters on Cranmer.

Unlike Hustvedt’s erudite editor (and professor of aesthetics), the hard-up narrator of Murray’s page-turner faces commercial temptation. And her subject, keeping faith with her social realist vision, defies tradition as it pertains to gender, not to painting. Yet Hustvedt can afford to demand more of readers – some of whom have struggled to suspend disbelief, keep track of all the characters, and wade through art-historical references. Her experimental form fits Burden’s controversial work, the masculinity of which, in both scale and scope, proves so convincing that when Burden finally comes clean and claims credit, no-one believes her.

Discrimination becomes more visible in the context of history, assisting reflection on present-day inequities. Yet the question of why, despite feminism, more female artists aren’t recognised remains fertile ground for speculation. According to these novels, lack of talent, commitment and grand ambition isn’t the problem. So what gives?

While both novels transcend reductiveness, Murray’s Cranmer seems to lack the classically male selfishness that Drusilla Modjeska unpacks in her magisterial Stravinsky’s Lunch (1999). In fact, that book, with its gripping biographies of the overlooked Stella Bowen and the self-effacing Grace Cossington Smith, could well have inspired or energised Murray’s project – though as a grandniece of Arthur Boyd, she must have long since done her homework.

Hustvedt rewards readers who aren’t deterred by complexity, presenting Burden in her own words, as well as through diverse narrators. The character who emerges is not just a victim of a sexist establishment, but angry, embittered and unwittingly self-sabotaging. Fuelled by vengeful fantasies, her scheme to make fools of critics backfires when a cruel and enigmatic man takes advantage of her. Someone more self-aware might have seen it coming, yet it feels unfair.

How can women artists – challenged by hormones, breeding, parenting, caring, home duties, the glass ceiling, the gender pay gap etc. – spare the time or energy to indulge in the self-defeating behaviours that men who succeed often seem to get away with?

That Burden and Cranmer accomplish so much, and on such a large scale, as mature artists, yet still fail to take their rightful place on the cultural stage reflects the reality that most women, no matter how worthy their work, grow ever more invisible with age. It’s easy to think of exceptions – Georgia O’Keeffe? Louise Bourgeois? Margaret Olley? – because being exceptional tends, by definition, to make an impression. In contrast, Frida Kahlo, pop cultural darling of the selfie era, with her exotic face emblazoned on carry bags, coffee cups, cushions etc., is celebrated as much for her looks and style as for her paintings, having died at 47 – not quite too old to be objectified.